Pronouns @ work – why they matter 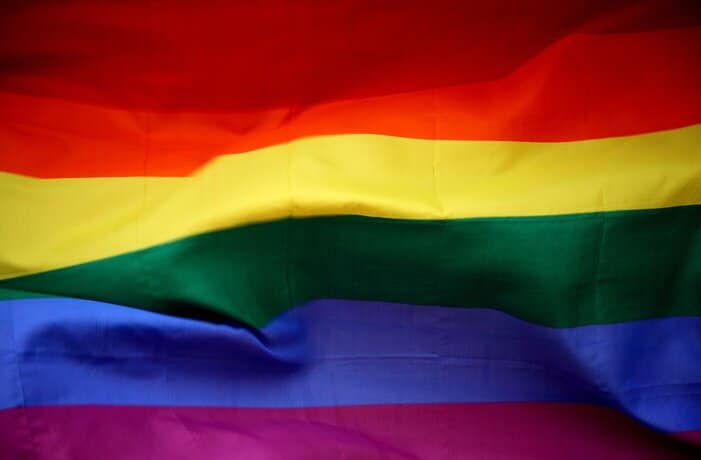 As the practice of openly talking about gender pronouns is getting more established in mainstream professional settings, it’s been interesting to see/ hear some of the dialog that comes along with that.

Many of us in the LGBTQ+ community have been talking openly about pronouns for a very long time. But it is a new concept for a lot of folks, many of which, express either their confusion around why pronouns are important and/ or their annoyance at learning something that seems to them to be complicated and awkward.

Why are pronouns important?

If someone introduced themselves to you as Mary would you ever dream of saying, “Oh you look more like a Tanya to me, I’m just going to call you Tanya”? For your sake in social situations, I certainly hope not. Similarly, if someone introduces themselves to you using their pronouns and they do not match your idea of what someone with those pronouns ‘should’ look like, it’s not appropriate to ignore that person’s identity by using the wrong pronouns.

Getting someone’s pronouns correct is just good manners. It also has more far-reaching and substantial effects on our interpersonal relationships, professional and otherwise. Respecting someone’s pronouns, especially if they are trans or nonbinary, is a cue to them that you are an ally, and likely a safe person for that person to be around.

There are even mental health and suicide prevention benefits to using someone’s correct pronouns. The Trevor Project found that LGBTQ+ youths whose pronouns are respected by people in their lives attempted suicide at half the rate of those who did not have their pronouns respected. Being continually misgendered at work or elsewhere is not only exhausting for many trans and nonbinary folks, it can be emotionally and/ or mentally harmful as well.

One of the biggest sticking points regarding pronouns that I tend to hear from folks is their assertion that they just “can’t get used to” using “they” and “them” as singular pronouns. Sorry friend, but I’m calling BS on that. If both my 70-year-old, politically conservative mother and my teenage son can learn ‘they/ them’ pronouns, so can you.

Usage of the singular “they” in the English language can be traced back to as early as 1375. And although it fell out of favor several hundreds of years later, it has recently made a resurgence as we learn more about gender and the gender spectrum. Our understanding of what it means to be human continually grows and changes, language evolves, and we adapt.

To ask or not to ask?

This is a nuanced topic, with a wide range of sometimes dissenting opinions. Even among my trans and nonbinary aqaintances and loved ones, there are differing opinions over some of the nuances. I’ve been using this Forbes article as a sort of primer for folks who are looking for some basic information on the topic. But it’s not perfect. And from my (layperson) research on the topic, I’ve yet to find an article that didn’t have at least one point that I personally disagreed with.

The Forbes article lays out a good argument for why cisgender folks (folks whose gender identity matches the sex they were assigned at birth) should talk about their own pronouns. In short, it signals to others that you are an ally, and opens the door for trans and/ or nonbinary folks to talk openly about their own pronouns if they so choose.

The article also suggests that if you don’t know someone’s pronouns, you should ask. But not everyone agrees that asking about pronouns is appropriate (or safe in some situations), and I for one opt out of that. I’m more comfortable offering my own pronouns as an indication that if they are comfortable offering theirs it is welcomed, and that with me, their pronouns will be respected.

What if I mess up?

Firstly, you probably will mess up at some point. Gender identity and gender presentation are not the same thing. Whatever gender someone appears to be to you, is not necessarily how that person identifies. There’s no way to actually know what pronouns someone uses or what their gender identity is, unless they tell you. And even if you know someone’s pronouns, you could still misspeak, it happens.

If you do get someone’s pronouns incorrect remember the following:

Be informed, be kind

I’m not an expert on gender. Even as a member of the LGBTQ+ community and with the help of my trans and nonbinary loved ones, there are things I get wrong all the time. The best any of us can do is to stay informed and treat others with the respect they inherently deserve. As we move into becoming a more inclusive society, as the table gets bigger, it also gets more diverse. And that can be as complex as it is beautiful. Luckily, we humans are pretty good at adapting. Our species would have died out long ago if we weren’t.

If you have any questions, feel free to reach me at leah@hirewell.com

How to Amplify Marginalized Voices

June 22, 2021
We truly are in unprecedented times. As veils are lifted one by one, many Americans are seeing, some for the first ...
Read More...

DEI; How to avoid a false start and set your program up for success

Leadership Qualities: What employees want to see from their leaders

December 4, 2020
The strength or weakness of an organization can often be directly tied to the leadership. Employees take their ...
Read More...

Pronouns @ work – why they matter

October 22, 2020
He/ She/ They As the practice of openly talking about gender pronouns is getting more established in mainstream ...
Read More...

COVID-19, Economic Fallout, and How You Can Help

August 28, 2020
2020 has been a perfect storm of socio-economic challenges. The fallout from a global pandemic has had a ripple ...
Read More...

Selling yourself : Create your Elevator Pitch

August 6, 2020
The most DREADED Interview Question... Have you ever worked really hard on writing your resume, got it submitted, ...
Read More...
See all Careerwell Corner Blog | Talent Insights Blog entries....