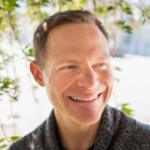 What makes job seekers tick? That’s at the heart of the “What Candidates Want to Know” series.

Instead of making assumptions, go directly to the source. Nate Guggia and James Hornick are surveying and interviewing professionals in different fields. How do they make decisions about their careers? What questions do they ask in interviews? If you know that…then you know how to better attract them to your company with content. 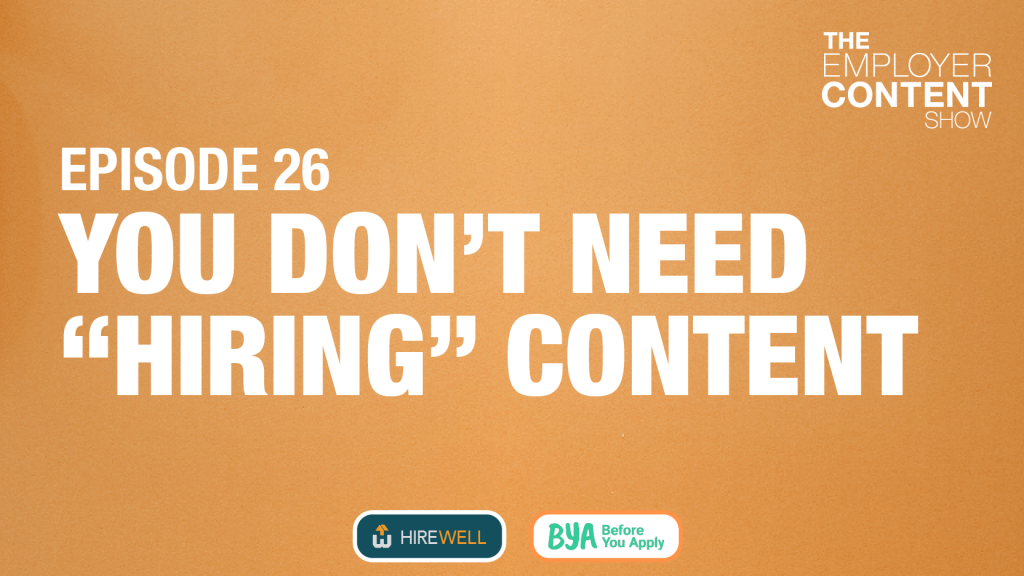 Irony: the least effective content to drive interest for your hiring? Content that talks about your hiring. Effective recruiter marketing will drive job... 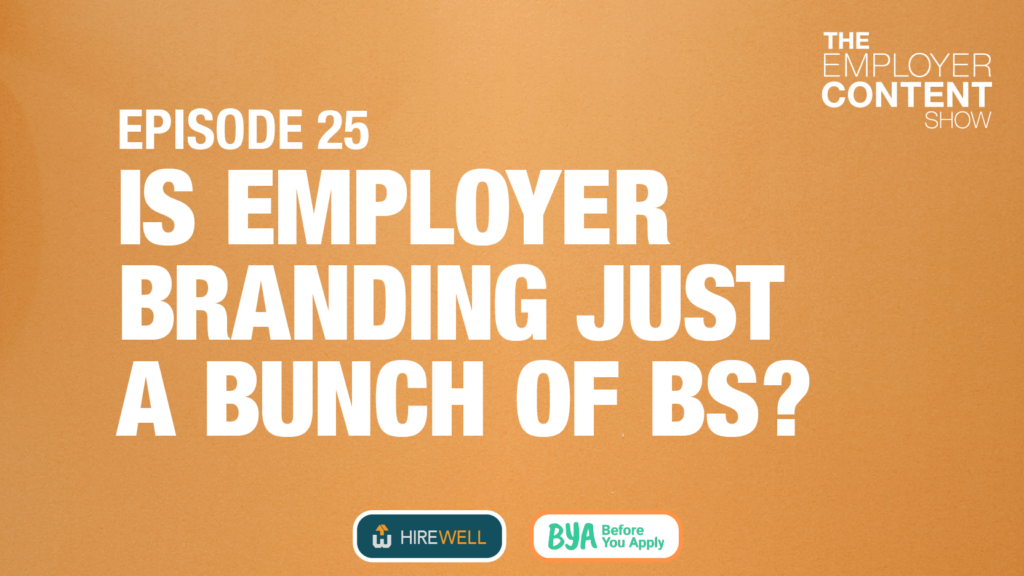 Is Employer Branding Just A Bunch Of BS?

What if best practices are anything but? They’re not only overrated, but counterproductive? We won’t mince words. We’re talking about mainstream Employer Branding. ... 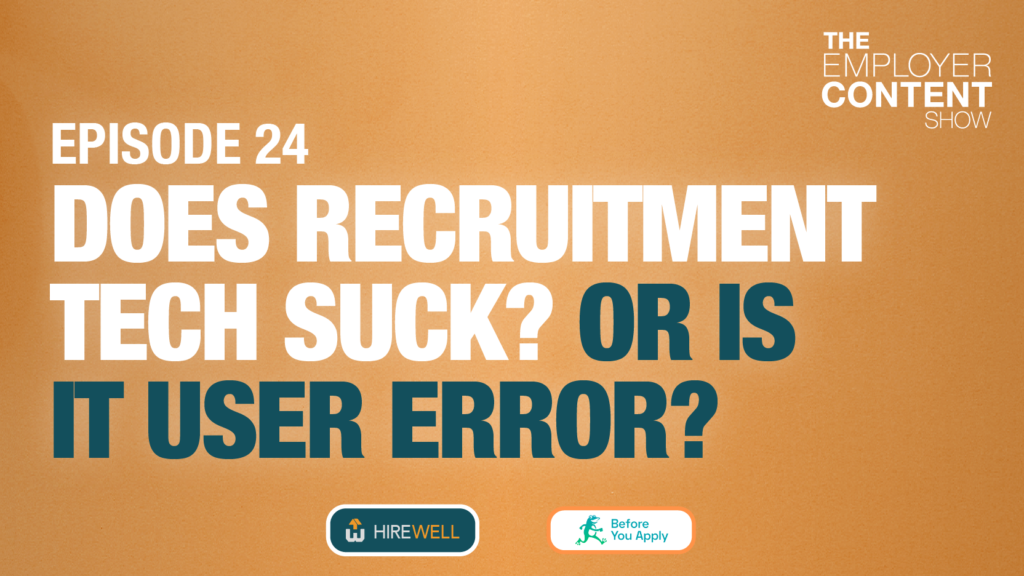 Does Recruiting Tech Suck? Or Is It User Error?

Everyone is frustrated that recruiting is so hard. Blame goes in every direction. A lot of it gets dumped on the technology. Sure,... 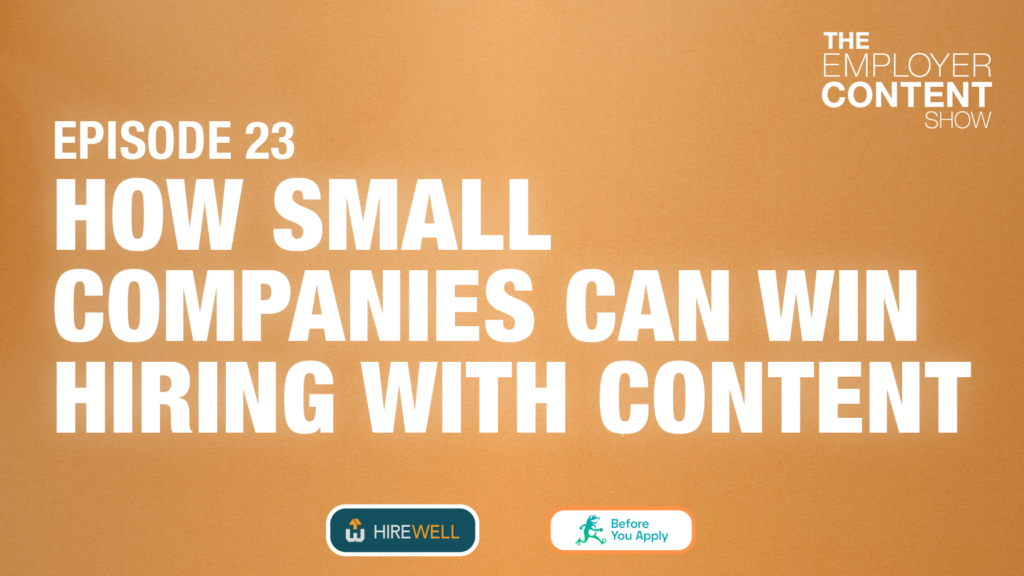 It’s hard to outspend someone with deeper pockets. Which can make competing for talent against larger organizations seem impossible. Bigger budgets mean they... 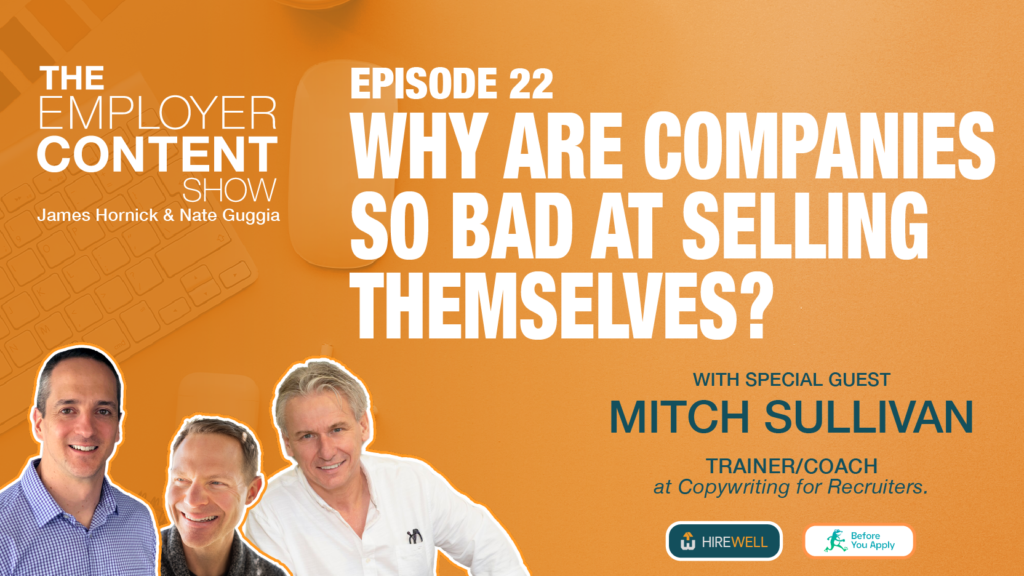 Why Are Companies So Bad At Selling Themselves?

Companies always say they want to stand out with job seekers. But few actually do. You have plenty of opportunities. Your website, your... 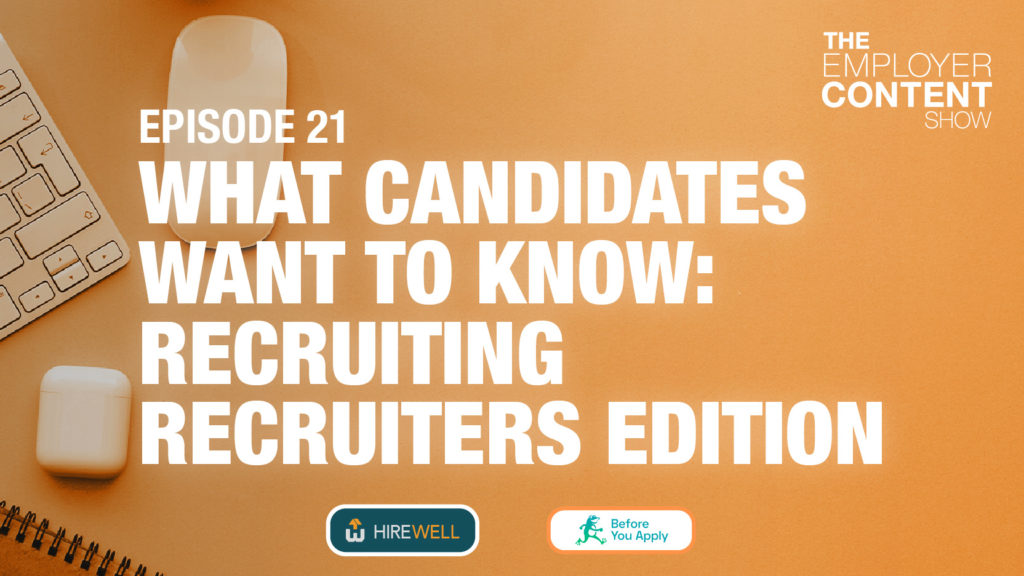 In our 4th (and potentially final) edition of the What Candidates Want to Know series we hit on an area that’s near and...