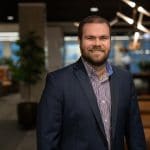 Ryan Brown and Matt Tokarz with Hirewell discussed the benefits of hiring entry-level talent and career pivoters in the market today.

With a fresh batch of new grads and individuals re-evaluating their careers amid the pandemic, it’s important for companies to understand the value of hiring entry-level employees. The benefit of hiring entry-level or career pivoters is that the risk associated tends to be lower. You’re not bringing in someone with a giant salary that impacts the organization. Typically hires at this level are fresh eyes and “blank-slates” when it comes to experience.

Hiring for culture and potential allows for organizations to create a team and atmosphere that allows for growth and development. Individuals who have pivoted into a new industry typically have stronger time management and soft skills already inherent from their experiences in other roles, allowing them to ramp up quickly. The talent pool at this level should not be overlooked as there are lots of ways for lower-level hiring to make a big impact in both the short and long term.

We’re going to bring in one of our colleagues, his name is Matt Tokarz. He has been doing some content here and there over the past year plus. So he might be a familiar face to folks. But Matt’s going to talk with me a little bit. I’m going to ask him some questions about what’s going on in the market right now.

So Matt, welcome to the show. Hi guys. Thanks for having me. So, a lot of people recently have graduated from college it’s that time of year, which means there’s really a big influx of entry-level talent in the market. And last year has also been pretty unique in terms of seeing an influx of candidates that have wanted to make a career shift as well, which we can kind of label as entry-level in a way too. So in some ways we can say the pool for entry-level talent has doubled this year. But if we’re thinking about things from an employer standpoint, why should organizations consider hiring recent grads or career shifters for their entry level position? Yeah, no, I think that’s a good question. I think a lot of it comes down to, you know, with companies it’s less of a risk. And I say that because, you’re not bringing in somebody that’s demanding a six figure salary,

you’re not bringing in somebody with expectations of managing large teams or coming in and changing things up. They’re really bringing somebody in that for the most part should match the characteristics and the culture of your company. And then you’ll work to help build, kind of their career trajectory and aptitude.

And at the end of the day, right now with everybody very hyper-focused on budgets. I mean, somebody entry level that can typically be helpful in terms of bringing in multiple resources to handle a variety of different things. On the flip side or not on the flip side, but another point is that you’re also looking at somebody that doesn’t come in with bad habits necessarily.

You’re not fixing somebody else’s mistakes. You’re bringing in somebody with a fresh set of eyes. You’re not going to have to hear, “Well of my last company. We did it this way.” Well, they didn’t have a last company. They’re a fresh grad. So they may say, “Well at school we learned it this way” but in general, you’re not bringing in somebody with three years of bad habits from another organization.

And a lot of times that can be super helpful in future movement of a project or a product Yeah, that’s a great point. They’re moldable so to speak. I totally agreed with you on that. I think we typically see some pushback for folks that are career shifting that are looking at entry-level roles.

So why would you suggest that organizations consider bringing on career pivoters that have maybe some experience in other areas, but are targeting entry-level positions to make a transition. It’s it’s interesting. There’s a lot of those right now and I think one of the benefits of realistic career pivoters, not like your seven year marketer that’s looking to break in IT and still wants 100K salary. Like somebody that understands where they’re at in that particular industry or vertical, you get somebody with maturity typically. A lot of times they’re coming in 5, 6, 7 years into their career. So with that they tend to have deeper experience with the soft skills.

So whether that’s communication, whether that’s time management, organization, like their skills tend to be a little bit more above what you’d see if you’re bringing in a 21, 22 year old. And a lot of times at the same time they’re grateful because you’re giving them that shot to kind of change their career trajectory.

If you’re working with them, they tend to be more bought into the organizations, to the culture, to the structure, and are really going to do their all to kind of prove that taking a risk on somebody that moved from marketing to tech or tech to sales, or what have you, was worth your time.

So it’s kind of unique from that perspective too. I’ve got to chime in quickly too, because I mean, obviously I can relate. I was a school teacher for four years and then I made the pivot into recruiting. So I think something that you just said, Matt was- I’m not going to talk about the maturity part because I can’t relate there, but the soft skills aspect, right.

I remember wanting to make the transition and being frustrated that companies wouldn’t take a chance on me because I didn’t have the hard skills and that experience. But I remember saying like over and over again, I swear these soft skills will transfer. Like there’s so many things that you do as a school teacher that can transfer into so many different areas. So I think, it’s a good reminder for companies to focus on sometimes the soft skills are the things that aren’t necessarily on paper in the job description. Yeah. And I think I actually, we talked a little bit about it when I came on for the recruiter of the week, like me coming from a background in education as well.

You know, I feel like anybody that has a background in education has to have a high level of patience for just a whole lot of nonsense, you know? Because you’re dealing with kids. Yeah. It’s just one of those things where, if you can take a look at like some of the main core skills of somebody where they’re coming from, if you can relate that to your new business, then you’re typically going to be in a good spot.

Absolutely great point Em. Thanks for mentioning that. Matt, you’ve kind of touched on this a little bit with some of your answers, but what would you say are some of the best reasons to hire entry-level talent? Yeah. I mean, I think like I said before, you’re hiring a blank slate. At the end of the day, you’re hiring for potential, for culture and it’s up to you and your team to really help foster that potential.

A lot of entry-level hires come with less baggage. They are easily- not easily moldable, but they’re they’re open and they’re sponges at that point. So it’s really up to you as a hiring manager or you as an executive team to help mold some of these new hires into what you’re looking for for your office, for your culture, and making sure that they get up to speed.

So I’d say those are the biggest reasons. And outside of the financial or the budget stuff. Yeah, great points. So let’s wrap things up here because you’ve obviously shared a lot of great insights with us today. But we’ve been focused mainly on the reason why employers should bring on entry-level talent.

So let’s kick it over to the candidate side right now. Many career pivoters who apply to entry level positions, received feedback that they’re too experience for entry level roles. How would you suggest that candidates present themselves via their resume or LinkedIn to help combat this? I think the important thing, and we touched on it a bit was just to really take those transferable skills and talk talking about like- make sure that they’re prevalent, that they’re relevant to the job that you’re applying for and looking at, as well as looking and doing your research on the types of skills that people are looking for in the positions that you’re you’re targeting,

and just owning your experience. If you don’t have that experience, take a relevant example of where you started here and grew to here and show that you can do that again. Taking the ownership over the gap that you may have but then giving an example of where you’ve covered gaps in the past or how you’ve picked things up, I think is the most important thing.

I think that’s a great point too. And I think one of the biggest traits that I would say if you’re entry-level that you should, you know, if you’re marketing yourself and focusing on specific characteristics, coachability. And that’s just like- Matt keeps saying it’s nice to have a blank slate.

It’s nice to have somebody you can mold. So if you’re an entry-level candidate or somebody who’s making a pivot, really marketing yourself as being someone who’s coachable, someone who’s willing to learn and take feedback. I think that goes a really long way with a hiring manager. Really helpful. Well Matt, thanks for joining us today.

It was fun to have you in on the show in a different context, talking about what’s going on in the job market. So I’m sure we’ll see you again soon, but thanks for joining us this week.

September 8, 2021
Three months ago, we released the first installment of Hirewell’s Data Insights series.  We crunched the ...
Watch/Listen

September 1, 2021
One of the biggest challenges across the board for our clients this year has been hiring good BDR/SDR talent, but ...
Watch/Listen

So What’s Really Going On In The Recruiter Market?

August 25, 2021
This past April, recruiter jobs surpassed their pre-COVID levels. You heard that right. After being one of the ...
Watch/Listen

Mental Wellness in the Workplace

August 18, 2021
The stigma around mental health prevents open conversation about working an office job while neurodivergent or ...
Watch/Listen

Why Is the Financial Industry Opposed to Remote Work

August 10, 2021
Today James and Jin discuss the latest developments on the adoption or lack there of WFH in the financial services ...
Watch/Listen

By Matt Massucci | June 23, 2021
You want to earn as much money as possible and there really is no simple answer for achieving this. The easiest thing to do is test the job market and find out how much you’re worth. But why not be prepared? We work with job seekers regularly to ...
Read More...

How to Train Your Hiring Managers to Interview Candidates

How to Budget for Your Hiring Process